6 Common Trading Mistakes and How to Fix Them

A lot of traders already know what major trading mistakes they are making, but find it hard to stop them; do you know yours?

One of the most common discussions in trading is around trader profitability, how traders are trading and if they are making any winning trades.

In fact traders are making a lot more winning trades than most people realize.

Stats taken from 43 million real brokers trades through FXCM different broker feeds show traders closing out 50%+ of their trades as winners and on some pairs like the EURUSD the winning trade ratio is 61%. This means traders are making an average of 61% profitable trades which is literally millions of winning trades.

A lot of these traders making these winning trades are struggling to turn their winners into consistent returns and profits through trader error.

If traders used a few simple strategies and cut down on their mistakes their results would further increase again.

I talk to many different traders each and every day, all with their own individual stories and all at different points in their journey.

The one thing every single trader has in common is that we all want to improve our results, no matter where we are on our path.

You want to make your trading results better than they were this time last year right?

Even if you just want to give the money away to charity, we all need to be constantly looking to improve, learn and tweak, not fall back to the chasing pack.

As we are about to discuss below, the problems and trader errors often creep in because the riches often appear to be in taking the easiest and quickest path to get these results.

This is the reason why new Forex traders will often come to trading and move straight to the 5 minute charts. It is also the same reason they start making 10 trades a day (generally speaking).

This is the logical and normal way to think. Find the smallest time frame possible and make as many trades as you can which in turn will lead to much larger profits.

However; before you know it, frustration kicks in because the account is blown with a ton of errors and rubbish trades you probably could have avoided.

What if there was one skill that could help prevent a lot of the same trading mistakes being repeated time and again? Would you use it?

No matter how good you are, you can kill a lot of your losing trades with… patience.

But, obviously there is a lot more to it than simply just having ‘patience’ or simply waiting for better trades.

Over the last 10+ years change has been rapid and this has affected a lot of things.

Why is patience, or more to the point; frustration so important and why can it be such a major problem when trading?

And, why is this skill so important for you to change your trading results?

Take a look at a quote from Warren Buffett below.

You may have seen this quote from Warren Buffett, as it is often posted all over Facebook and Instagram (with Forex added of course 😁);

After years of traders sending through emails and questions a very obvious pattern has formed with the errors that traders make (including in the losses I have made myself).

Below I have created a shortlist of the biggest and most common Forex trading mistakes that cause account failure.

This list goes through the six most common trading mistakes that I have seen traders make that lead to losing trades and account failure especially in the 0-6 months mark!

This is the number 1 Forex trading account killer. Whilst this is subjective and different to each trader, what it boils down to is pretty simple. Over-trading is when you are taking trades that do not fit your trading plan and rules simply because you are trying to make more money.

You begin to make more and more trades that are less and less inline with your rules that ultimately leads to more losses.

#2: Starting and Continuing to Move Stops

Both greed and fear are at play when traders continually play with their stop loss.

Fear is the main driver because the trader does not want to lose money and so they will move their stop further and further away hoping price will turn around. This will often see them lose more and more money.

This includes taking profit early when you had a set profit target or continually disregarding your own targets hoping to make more profits.

This includes constantly switching the strategies you use, the time-frames you trade on and all other things because they are not getting you to where you want to go as quickly as what you want.

It is hard to know if you could be successful with a certain strategy if you never get time to master it before moving to the next one.

After losing money you quickly place more and more trades trying to regain your losses only to lose even more money.

These include trade management errors such as risking far too much on each trade hoping to make more, doubling up on certain types of trades and not using a stop loss.

What Buffett is Saying is True

Whether it’s one of the biggest Forex traders in George Soros taking on the Bank of England or you and I trying to make our trades during the week, minimizing our own trader error is crucial to success.

Over the last 10 years, the world has changed a lot! We now have technology that only recently would have been laughable and unimaginable.

This has changed our mindsets forever, and yet the markets, fundamentally, are the same as they were decades ago. We buy and sell.

Think of the changes, updates and inventions in technology in just the last ten years. Everything from Facebook, Instagram, new iPhone’s and Netflix and 1,000 things in between.

Then add this to the spam advertising that some parts of the Forex and binaries industry sends out with pictures of gold bars, red Ferrari’s, huge yachts, images of the Maldives holidays and lots of money. All these ad’s telling people that all they have to do is trade 20 seconds a year and they will make 80 Million dollars a week on their 100% guaranteed system ( a slight exaggeration 😊).

Can you blame some people for coming into the Forex market expecting to achieve huge results and extremely quickly?

They get told they can use a 100% win rate system that they cannot fail with, and in everyday life they are used to using technology where they can press a button and download a whole season of a TV show and watch it right NOW!

And then… when the trader starts to lose it throws up all sorts of things they did not consider much at all.

When they chase their losses and lose even more and more it becomes time to assess.

But just like any other profession like a Lawyer, Dr, Teacher, Pharmacist, a Forex trader needs to have an education, with a step-by-step approach and to master what they are doing.

NOTE: 100% win rate over anything more than a few trades is mathematically impossible unless you know literally every single person in the market, what they are doing at every second, when they enter, exit, with how much and at the exact time.

Think About Your Own Trading Mistakes

Just for a moment picture and think about your own trading. Think about the times when you have made all your biggest or most costly mistakes?

These are the types of mistakes I spoke about in the “6 common trading mistakes” discussed above.

For example; when were the times when you risked too much on a trade, or you made revenge trades to gain back losses?

When were the times you over-traded and in the process made trades you probably shouldn’t have?

These times are a lot more likely to happen when you are frustrated because you are not getting the results you wanted.

This is What I Have Found

What I have found is that when a trader is learning and trying to become profitable there is a high chance of getting frustrated at not getting there as quickly as they would like.

Frustrated traders are a lot more likely to do things like “Over-Trade” or “Double Up Risk” to try and speed up the process to get to where they want quicker.

This increases the likelihood of losing and in turn puts them further away from becoming profitable and further increases frustration.

More frustration = more errors such as revenge trading, playing with stops, and something I see a heck of a lot of: moving from system to system to system, never realizing that it is hardly ever the system that is the problem.

Something happens when a trader starts having success with a method and begins seeing some consistent results.

This is also often when a lot of the “Aha” light bulb moments occur.

Because traders are all of a sudden making money, they are seeing that their account is in positive territory, they have just banked a winning trade, their mindset is completely flipped.

They all of a sudden begin to understand and see that they can make more and more money with less trading as their wins compound on top of each other.

They begin to realize that actually once they are profitable, they do not need to trade as heavily as they thought. It also becomes clear that it is their losing trades that are hurting them.

It is all of the rubbish trades they make when they should never be entering into the market in the first place!

This is also often when a trader will begin to realize the times they are making these errors and start cutting them out. They will begin to stick with their stop loss and profit targets instead of continually moving them.

If enjoyed this lesson or you have any questions, just add them in the section below; 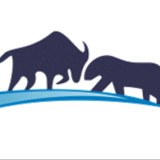 END_OF_DOCUMENT_TOKEN_TO_BE_REPLACED

Trade Forex Like a Sniper and Start Trading From Kill Zones Which trader are you out of these two? Are you the trader …

END_OF_DOCUMENT_TOKEN_TO_BE_REPLACED

Forex is not centralised like many other markets and there is no official open and close time. Stock markets for …