NZDUSD Annual Forecast – The Market Is Expected to Fill the Imbalance Above the 0.750 Zone

The annual forecast for NZDUSD is a bullish projection above the 0.750 zone. The market experienced a reversal during March 2009. The bears were exhausted as the stochastic signaled an oversold market. This led to an impulse move for most of the year. The year was very bullish. The bullish ride caused the price to fill imbalances previously created by the bears. 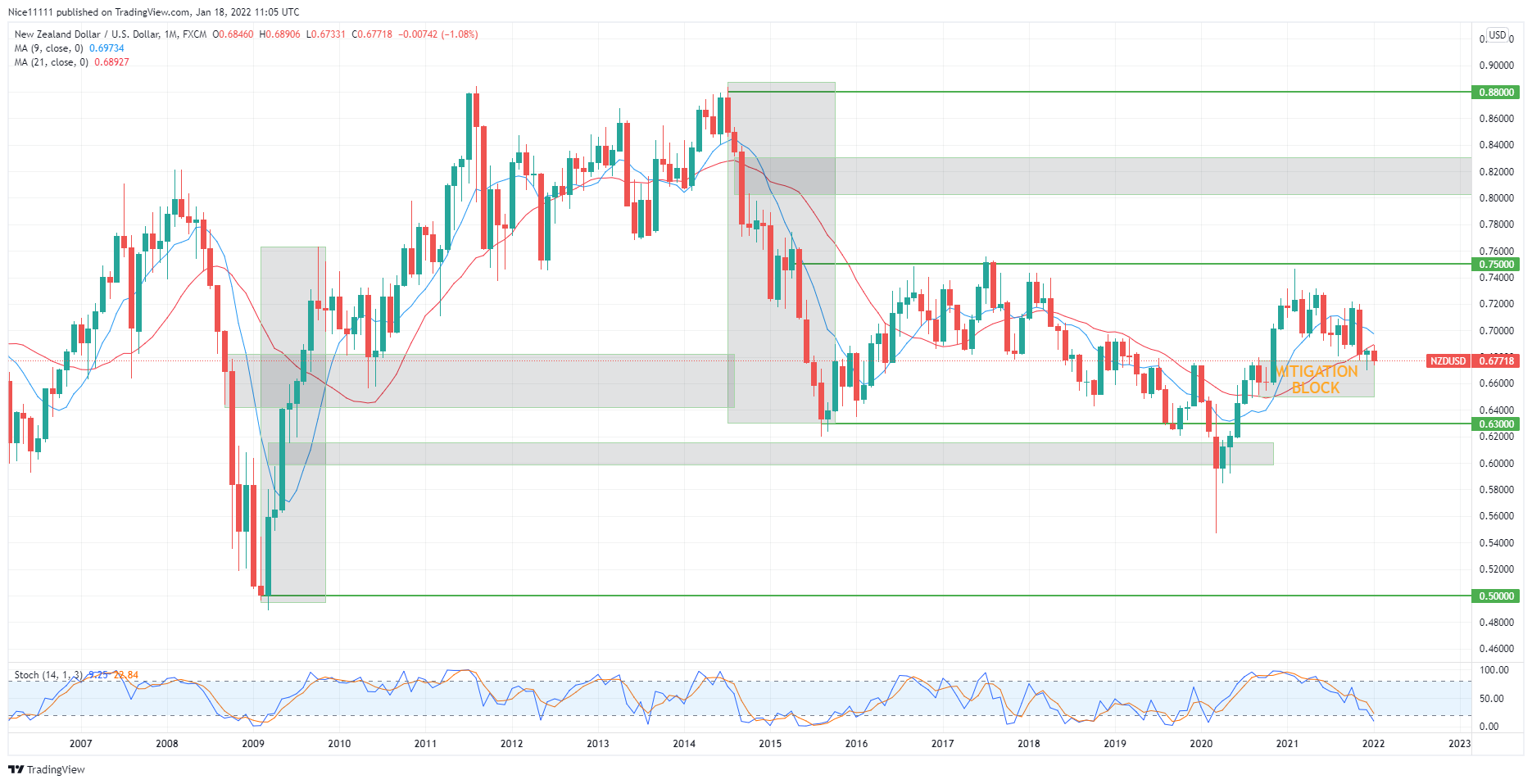 The bears reduced the intensity of the upthrust in the market from October. This caused a very slow bullish move to the 0.880 zone after a retracement. The bulls got exhausted in July 2011. The bears struggled from then until July 2014. The bears took control as this caused a reversal in July 2014. This was seen with consolidation on the monthly chart. The month of August created a break in the market structure as the bears sank the price into the 0.630 demand zone. The Moving Average period 9 and 21 dominated the monthly candles down into the zone.

The market has since then ranged between the 0.630 demand zone and the 0.750 supply zone. In March 2020, the demand zone was violated to fill the imbalance present below the zone. This was sharp and sudden as the price snapped back into the range. The stochastic on the monthly chart is currently crossing into the oversold zone. This is expected to cause bullish activity. The market is expected to reach an imbalance above the 0.750 zone. 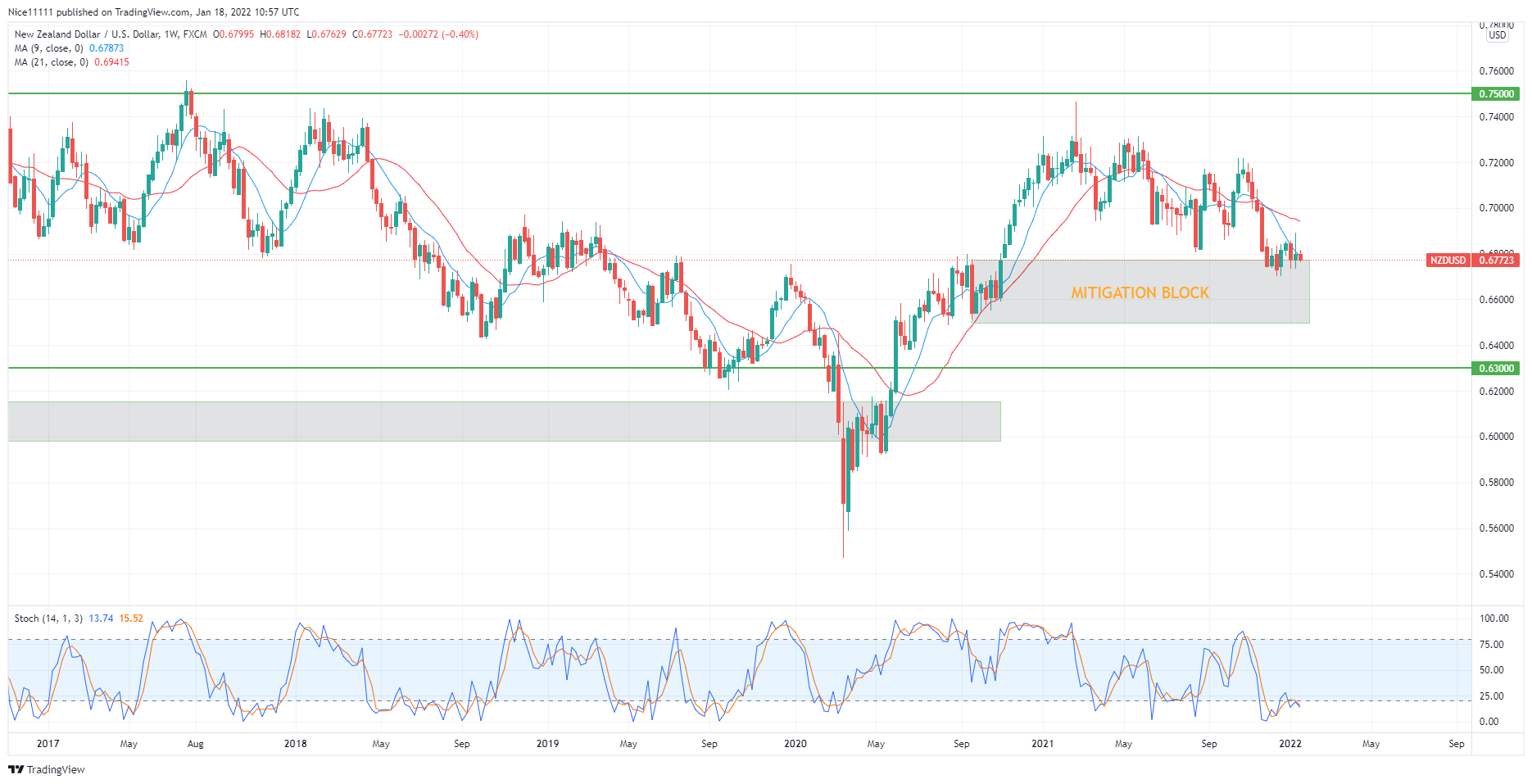 The market has been moving back and forth between the 0.750 resistance zone and the 0.630 support zone. The Moving Average periods 9 and 21 crossed to lead the market towards the 0.630 zone. The market has currently tested a mitigation block. This is within the range on the weekly chart. This stochastic is currently signaling an oversold market on the weekly chart. This is likely to cause the mitigation block to act as a support. The market is likely to cause the price to soar toward the 0.750 zone.