AUDJPY trade continues in its bullish momentum.
There might be a trend reversal in the market due to the formation of the doji candle.

AUDJPY Weekly Price Analysis – September 5
Should the bulls increase their momentum, the resistance level at $85.203 may be retest. 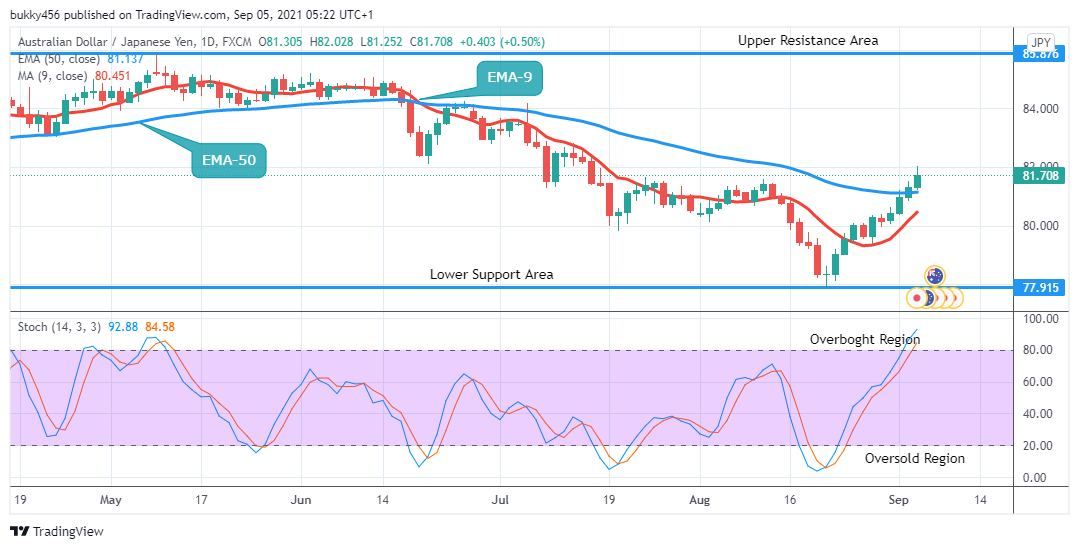 As we can see, AUDJPY is having a bullish posture on the daily chart. AUDJPY price may head towards $85.203 as the pair traders turn bullish. After few days of increased actions by the bears, the momentum was lost and buyers returned to take over. $80.976 bullish candle opened yesterday’s session in the resistance area with a high at $81.526 and a low at $80.884.

Bulls’ impulsive move continues gradually with an initial increase to $81.305 in the resistance area as the daily chart opens today.

The price of the Yen further rises to $81.708 in the resistance area after which the bulls stages a return within the range.

The journey up north continues as the buyers move the price of the currency pair up to $82.028 in the resistance area.

The price which is above the two EMAs is an indication of upward momentum in the price of the Yen in the context of the strength of the market.

However, the stochastic signal pointing up at around level 93 % in the overbought region is an indication that the currency pair might continue in the same direction in the days ahead in the long term. 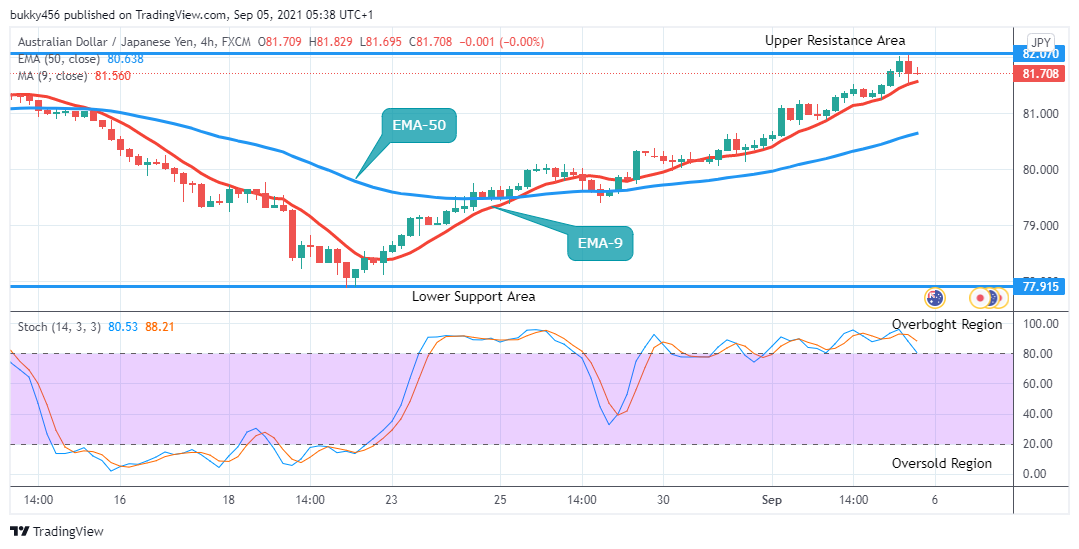 The currency pair possibly making its way up after hitting the $80.890 support level on September 1st. The bear's increase momentum dropped price down to $81.293 in the support area as the market opened yesterday.

The momentum hibernated as exhaustion sets in coupled with the gravestone doji that signaled the bull's return.

AUDJPY rises to $81.408 retesting the support again in the resistance area before the end of yesterday’s session as the Yen returned back within the range.

Today’s 4-hourly chart at $81.363 in the resistance area is bullish as the bulls remain dominant in the market.

AUDJPY rises further to $82.017 in the resistance area. Sellers’ in-road to the market briefly with the formation of a doji candle drops the price of the currency pair down to $81.504 in the support area. An indication of a trend reversal.

Price is above the two EMAs, this indicates the buyers are on track gradually and the signal of the stochastic oscillator pointing down at around level 82% in the overbought region implies that the price of AUDJPY may likely encounter a trend reversal in the nearby days in the medium-term.