EURCHF Breaks Down and Fails to Sustain Bullish Pressure

EURCHF breaks down following an inability to sustain its bullish pressure. This comes after the price repeatedly crashed against the 1.04950 critical level. The market first reached the 1.04950 resistance on the 9th of May, at which point it was rejected. EURCHF dropped and rallied again from the 1.02470 support level. On reaching the resistance level again a month later, on the 8th of June, the price also suffered rejection and breaks down totally out of its ascending channel pattern. 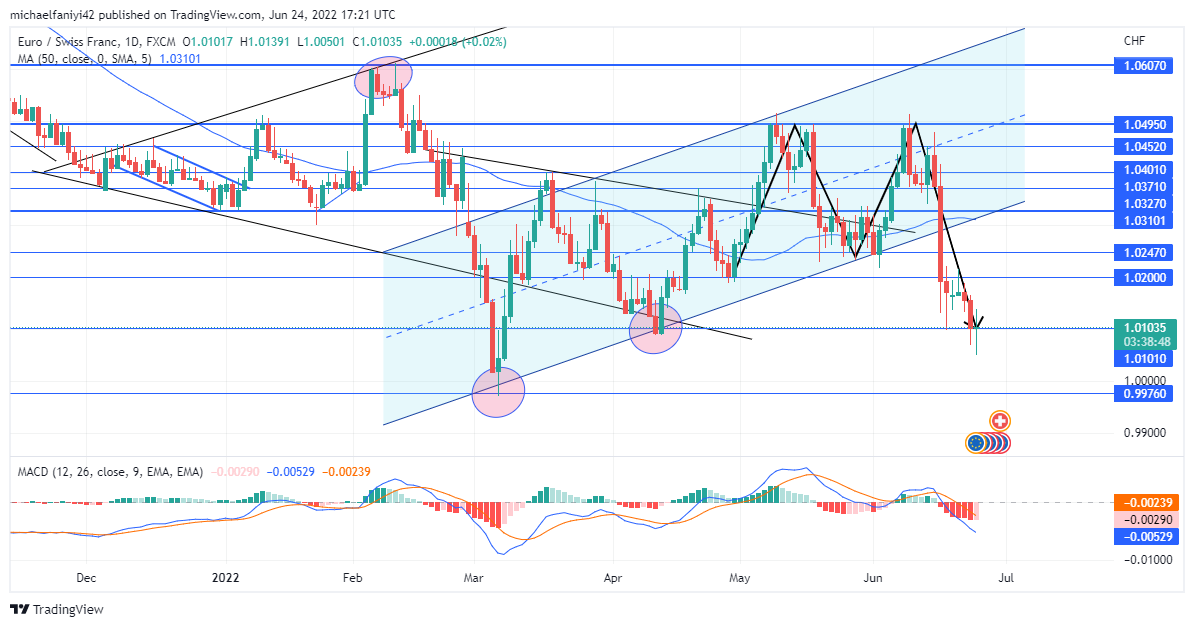 EURCHF buyers have been ramping up the pressure recently after their initial endeavour was aborted. They have reacted well, however, to convert their downfall into a bullish structure. As a result, from a low point of 0.99760, the price has been making upward strides, gyrating upwards utilizing an ascending channel pattern. The market uses this structure to rise to 1.04950, where it meets stern opposition.

The repeated crash against the 1.04950 barrier has led to the formation of a double top chart pattern, ultimately leading to a massive price dip. EURCHF then breaks down and breaks out of the ascending channel. Having traded to the downside of the MA period 50 (Moving Average), the price has dropped to 1.01010 and is in danger of falling back to 0.99760, where it all started. 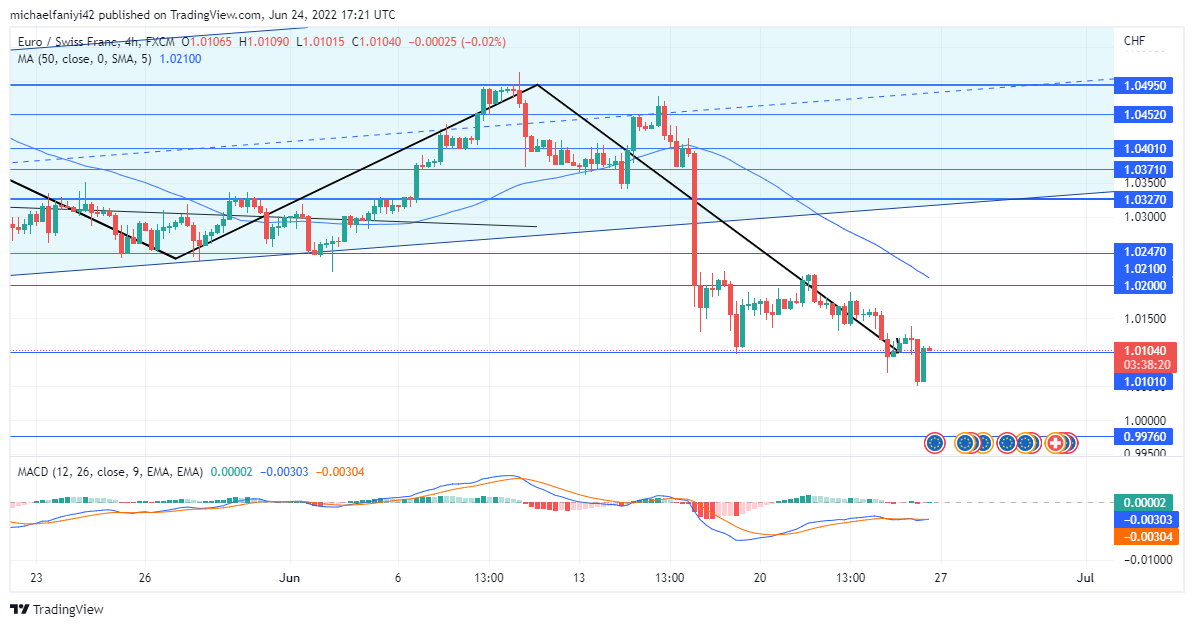 An accumulation is now occurring at the 1.01010 support level on the 4-hour chart. The buyers are in a real fight against the bears to keep the price from falling below. This can be seen in the MACD (Moving Average Convergence Divergence) indicator, which shows bullish bars but has its line below the zero level. There is a likelihood that the price will fall back to 0.99760.