GBPJPY Is on a Steady Decline After Rejection at 157.890

GBPJPY is on a steady decline after bears get hold of the market at the 157.890 resistance level. The market broke past the price level at 151.970 on the 8th of October. Price, therefore, skyrocketed to 156.660. This it did, breaking through several key levels and with consecutive bullish candlesticks. Above 156.660, the price pulled back to the level to spring up further to 157.890, where the market faces rejection. 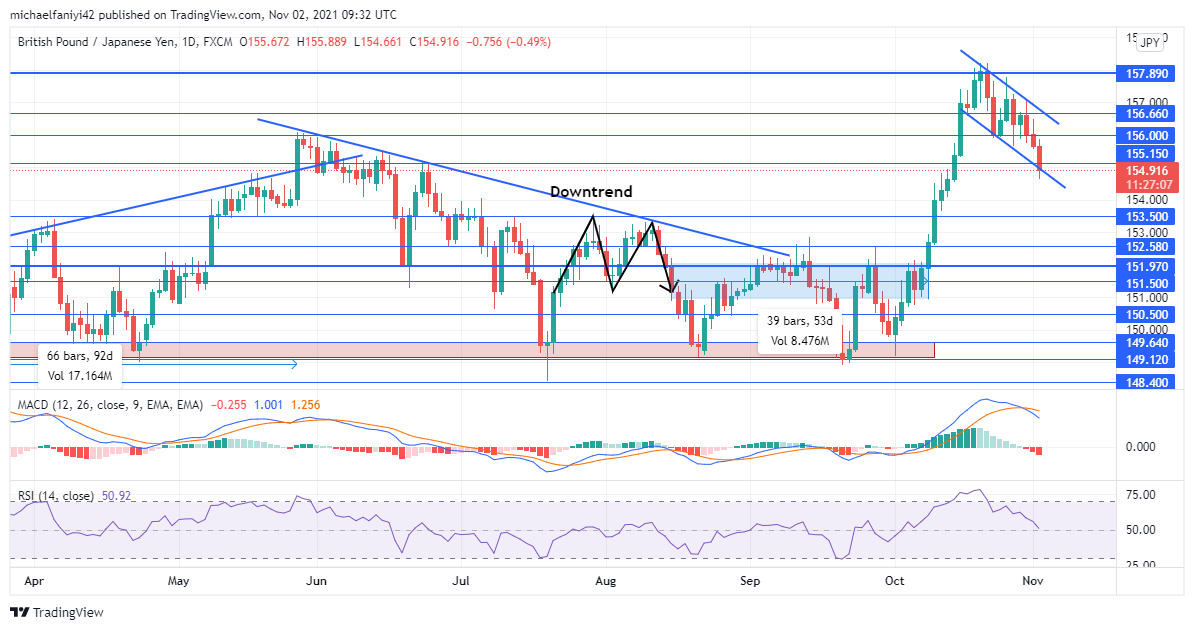 Price has had to go through an intense period of accumulation, in which the market stored a lot of energy. There was a steady push against the market by the bears after it had broken out from consolidation earlier in the year. Though buyers tried to resist, the market was eventually pushed below 151.970 on the 16th of August. Thereafter, GBPJPY ranged continually with 149.640 as the lower consolidation border.

Price consolidation continued below the 151.970 resistance level for the next 40 trading days. During this time, the market stored a lot of energy, which is finally released to break out and surge to 157.890. At this level, bulls have expended all the energy, leaving the market vulnerable to bearish dominance. Sellers have not wasted any time in putting the price on a steady decline via a descending channel. 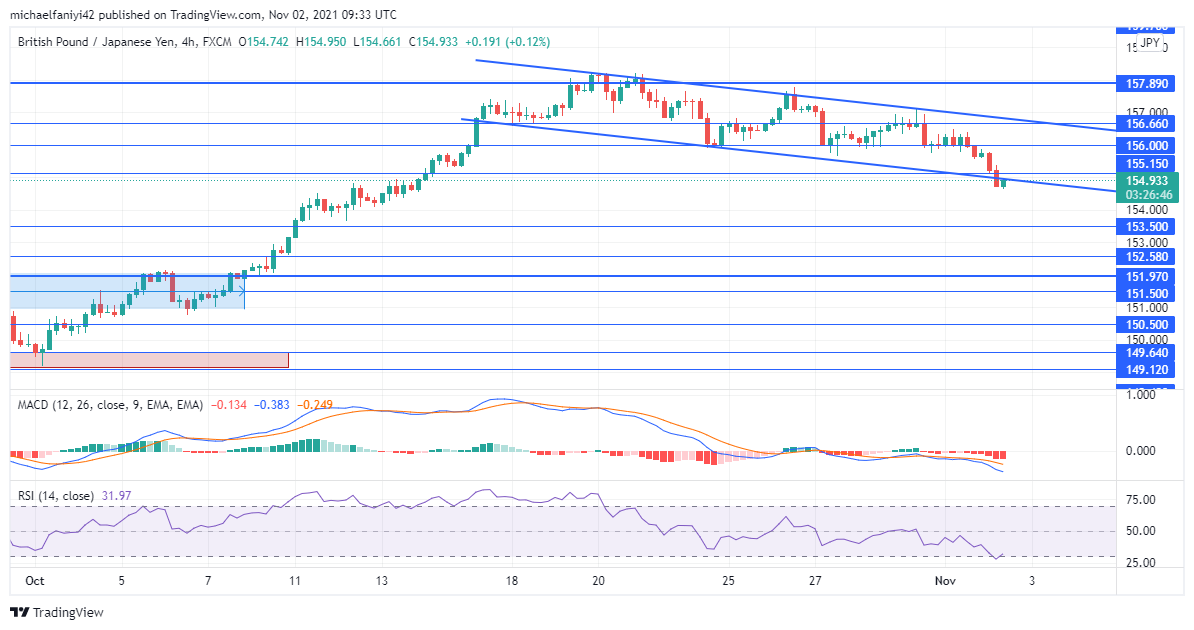 The 4-hour chart shows the price zigzagging down a descending channel. In the process, the MACD (Moving Average Convergence Divergence) has its line plunging and undulating just below the zero level. Its histogram bars are red ones having a steady increase with every new candlestick. The RSI (Relative Strength Index) shows that bulls have ceded the market to sellers as its signal line touches down at the oversold border.

Price is predicted to keep sliding downward till further reactions at 153.500.