NZDUSD Rally Gets Trapped Below the 0.71300 Key Level

NZDUSD Analysis – The 0.71300 Key Level Gets the Market’s Rally Trapped 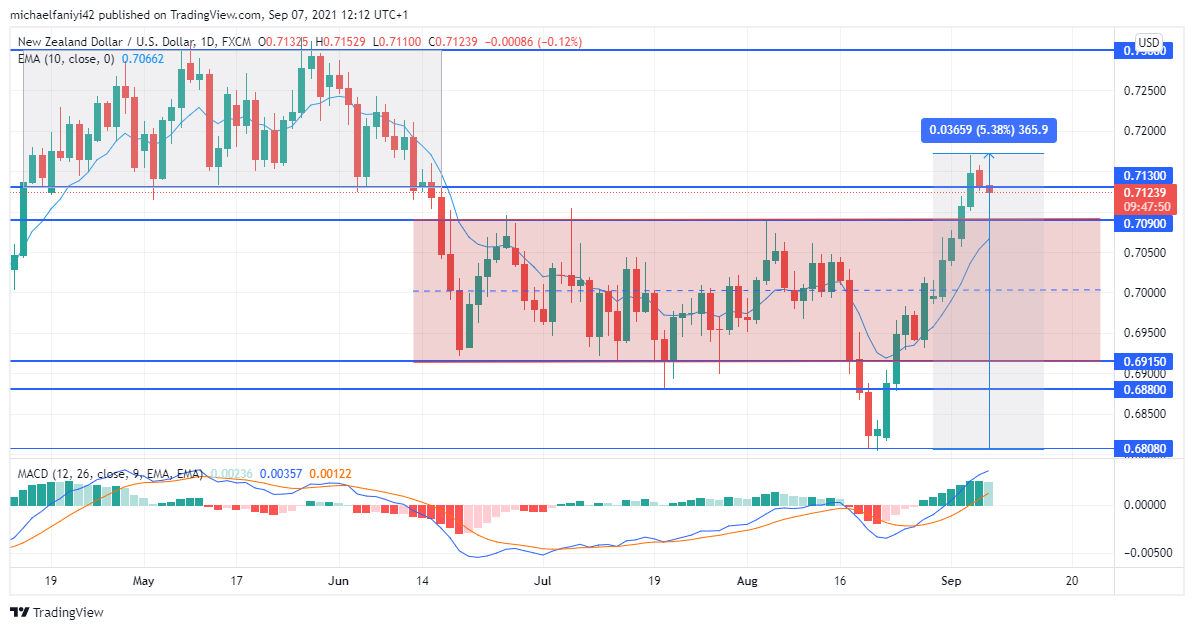 The downward breakout of the market from consolidation sparked a backlash from the buyers. At the 0.68080 key level, a morning star candlestick pattern was used to cause a market reversal. From there, the market embarked on a major bullish drive. The price gets pumped up for 11 trading days till the 3rd of September. The rally ensured that price rose 5.38% and beyond the 0.71300 resistance level.

During the market pump, the price pulled back to bounce off the EMA period 10 (Exponential Moving Average). From there, the market rallied upwards. Above the 0.71300 key level, NZDUSD tried to retrace a little. This dropped the price below 0.71300, where it has now been trapped from moving further upwards. The latest histogram bar on the MACD (Moving Average Convergence Divergence) indicator has less thickness, to reflect the market's struggles below the 0.71300 resistance. 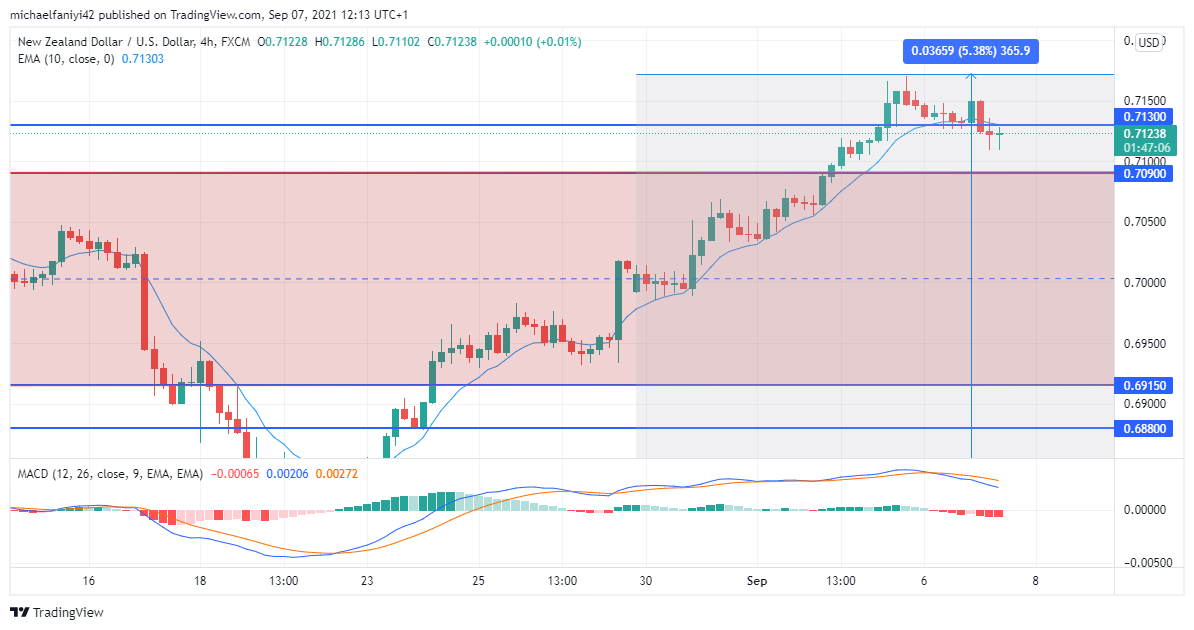 The 4-hour chart shows that at intervals in the market rally, NZDUSD slows down but it bounces off the EMA period 10 to regain momentum. However, when the price ascended above the 0.71300 key level, it slowed and dropped so much that it broke through the EMA downward below 0.71300. Price is now trying to make a move back upwards and it has to climb above the EMA and the 0.71300 resistance also.

The MACD, despite having bearish histogram bars, still has its line above the zero level, which means the market can still find enough strength to make the move up and continue its rally. If successful, the price will reach 0.73000.

View all posts by Johnathon Fox →
Previous Post: « GBP/USD Business Activity Fluctuates, Having Pushed Northward Slightly
Next Post: GBPJPY Is Moving up With Difficulty; It Finds Resistance at 151.970 »