NZDUSD Rebounds on Its Downtrend Line the Third Time

NZDUSD rebounds on its trend line again in the market. The market has shown overall weaknesses. Over the previous year, the tussle between the bulls and the bears had been tight. This is seen in multiple short-term consolidations. The month of April, all through May and into June, revealed that the buyers and sellers were almost at break even. 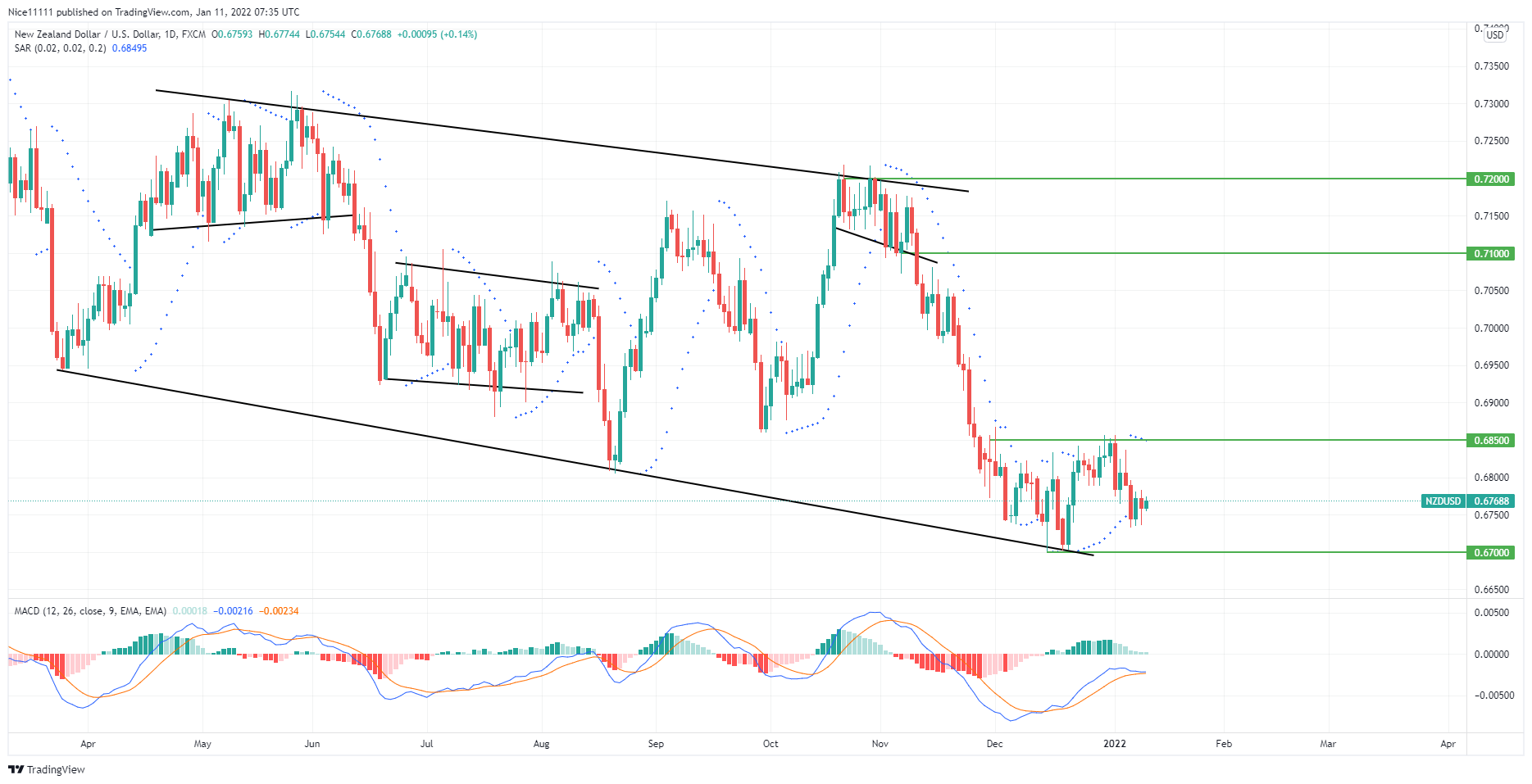 Another consolidation abounded in the market after a little displacement where the bears were stronger. NZDUSD continuously rebounds on the resistance and support lines from July into August. A breakout led the market to bounce on the major trend line for the second time. This occurred on August 20th, 2021. The breakout lower was a manipulation to go long in the market.

The bulls were faced with resistance upon reaching 0.7200. There was a bit of consolidation as the price was seen to bounce on the demand zone at 0.7100 before finally giving way to the bears. The market dipped continuously with only a little resistance till the 0.6700 zone was reached. For the third time, the price rebounds on the major trend line and it is spotted. The 0.6700 has been tested twice. The zone was tested on the 15th of December and the 20th of December. 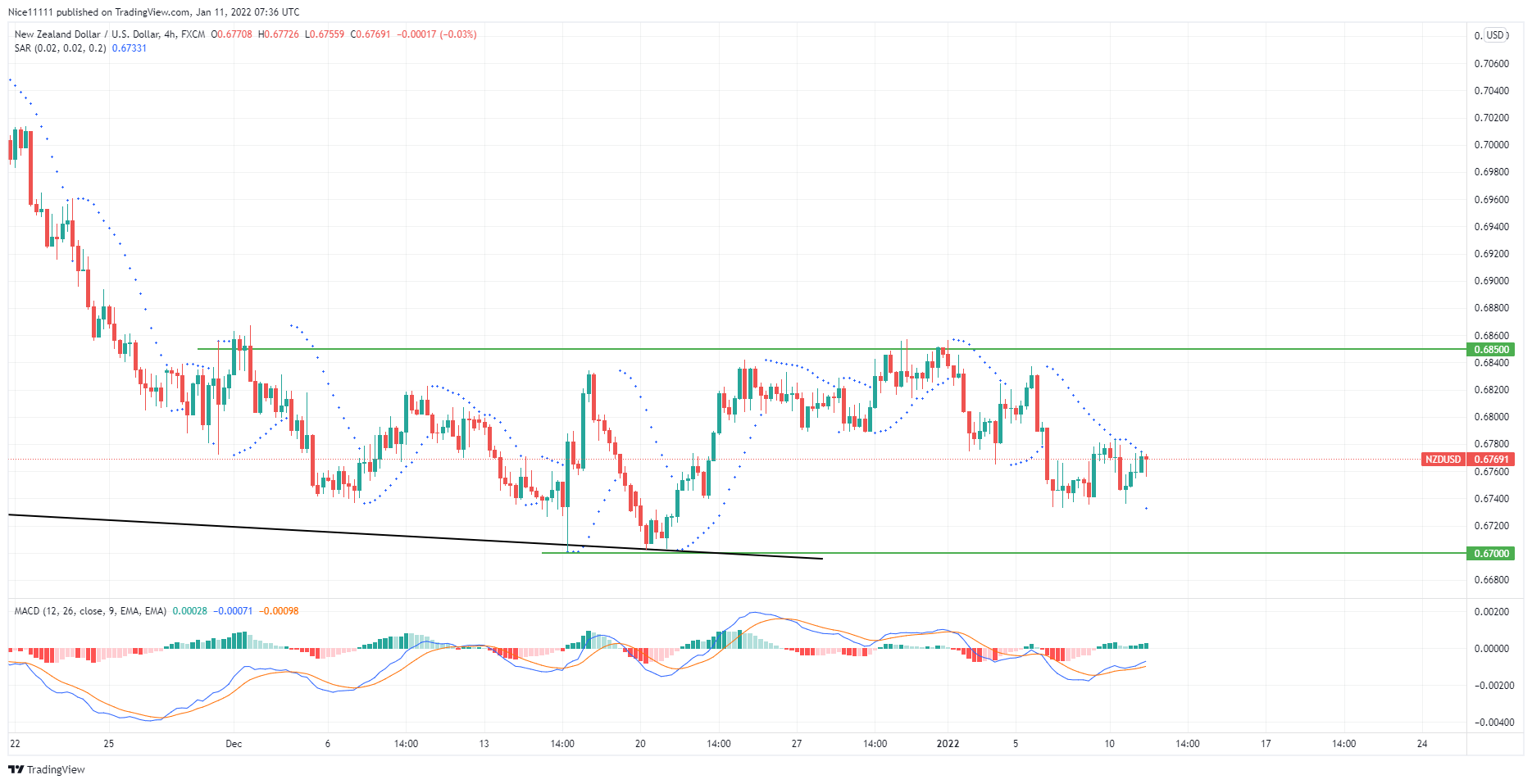 NZDUSD rebounds on the trend line for the third time. The Moving Average Convergence Divergence is showing signs of bullishness on the four-hour chart. The Parabolic SAR has formed a point already, which is signaling bullishness. Hence, the market is likely to rise into the 0.6850 resistance zone.

View all posts by Johnathon Fox →
Previous Post: « EURUSD Maintains Back and Forth Movement Between Key Levels
Next Post: USD/MXN New Leg Higher! »