Is Risk Reward Stopping You From Having Forex Success?

Is Risk Reward Stopping You From Having Forex Success?

Whilst the Forex world is full of people showing traders how to enter trades and the latest gadget or system to find the best entry, when it comes to exiting and managing trades and what risk reward should be used, things become a lot more vague.

Whilst entering a trade is important, if trades are not managed properly, the trader will have next to no chance at making regular or consistent profits.

traders tell me is that they just enter a trade and then set their target for 2/1 risk reward and wait to see what happens.

The major problem with this myth is that it is hurting trader's accounts because traders are setting fixed rewards and not taking into account what the market supply and demand wants.

In this trading lesson I will discuss how traders can start turning around what is one of the most important parts of their trading and how to start using price action as a market guide.

Note: For those traders who are unsure what “risk reward” means, it simply refers to the amount risked opposed to the amount gained in a trade. For example; if I risk $20 in a trade and I make $40, I would be making 2/1 risk reward because I risked $20 and got a reward of $40.

Following on from the above heading; both big and small risk reward traders can make a profit and both of them can lose, it is a common myth around the internet for traders to believe in that they must aim for a minimum 2/1 risk reward every trade to be profitable and this simply is incorrect.

The risk reward that each trader makes is only half the equation and whilst the risk reward is important, by itself it does not decide anything. What decides whether a trader is profitable or not is combining the risk reward with the win rate and this is often forgotten by a lot of traders. 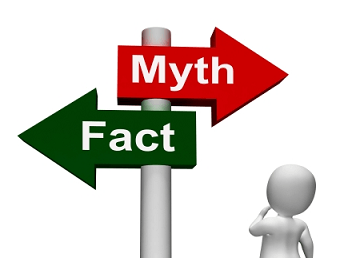 than the both of them.

Both types of traders can be profitable, however, each has their drawbacks. The trader with the bigger risk reward trades will have more big winners when they do come in. However this trader will have to take on more losers and have to hold tight throughout more losing streaks.

This is because to make bigger risk reward winners requires the trader to let price move more freely. The trader with the smaller risk reward will not have as many big winners. However, because they have a higher win rate, they are banking profits more regularly and not taking on as many losers which creates a more steady equity curve.

Risk Reward is Important, But Price Has to be Factored in

Risk reward is very important. It is something that traders need to think about before entering trades and also think about when managing trades and setting up their trade management plans. What price action traders or other traders never want to get into the habit of doing though is setting their targets based on the risk reward they wish to achieve and not on the price action. Traders must never set their targets based only on their risk reward requirements. For example; a trader should never get into a trade and then say to themselves “My entry is xx, and I need to get 2/1 risk reward from this trade so I will put my target at the 2/1 risk reward level”.

To put it plainly; the market does not give two monkeys about where any traders minimum risk reward levels are. The market is completely neutral and works from supply and demand, support and resistance.

In other words; whilst risk reward is very 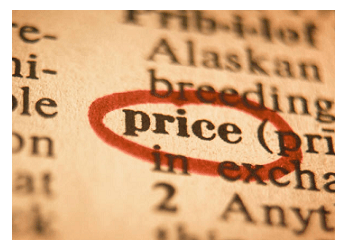 important and needs to be factored in, as price action traders the price action has to be used, with the support and resistance used as the core market guide.

As discussed above; not every trader has to have a minimum risk reward of 2/1 risk reward.

It is up to the individual trader and their trading plan how they trade and the method they use. Some traders will be suited to the style of bigger risk reward and others the higher win rate.

Note: For those that are not familiar with what the term “Break Even” means, it simply means to move the original stop to your entry position so that you can no longer lose any money.

What can start to hurt a traders risk reward over time is when a trader starts to bank a lot of break even trades from really good winning positions.

Moving to break even can be a really great move and I am a huge fan of it in the right situations. However it can also be really costly and hurt the overall trading accounts risk reward position when a trader starts getting a lot of their winning trades not being banked for full profit after the trade has been well into profit.

Break even is a great move in the right circumstances, however, when traders are well up in a trade and are making really solid profits, it is important that 100% of those profits are banked.

Over time, if the trader starts to make a lot of 50% profit and 50% break even trades it can hurt the account when the losses come, because the losses are always 100%. Don't get this message wrong; break even is a useful tool to protect positions from loss. However traders need to be taking full profits as much as possible because letting full profit trades turn into break evens when the trade has been well into profit can hurt a trading accounts overall risk reward position and it can mean the difference between being a profitable trader or not. 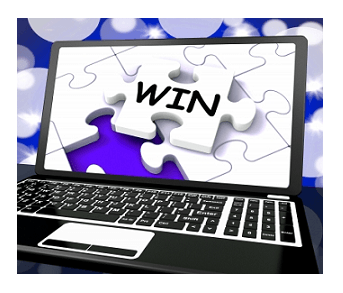 His plan has his second target at 3/1 risk reward and in this trade price gets to within a few pips of the target before turning around and stopping him out at break even once again. Once again James makes 0.5 risk reward profit after being well up and watching price reverse. After the two trades James has made a combined 1 x risk reward profit to his trading account(0.5 + 0.5 = 1 reward).

James makes his next trade and it is a loser.

This loss costs him 1 risk reward. This losing trade now costs James his profit from the two previous winning trades and he is back at break even in his trading account after three trades, but it should have been different.

James made two very good and low risk trades. Price did everything he pretty much wanted and expected it to, it’s just that by letting price take him out at break even when he was well into profit, it is costing him profits.

What is important to note is; for James to turn this around and start making profits he would not have to start aiming for big risk reward trades or for the price to do anything different than it has done. In fact, if all he did was take pull profit at 1/1 on both trades he would be up 1 risk reward after only the same three trades, instead of break even, including the losing trade.

If James had taken 50% at 1/1 and 50% at 2/1 it gets better again, but the message is; you don’t have to be greedy, you just have to take profits when they are there to be taken and it is important to take full profits off the table when you can. If a minor tweak like this can make such a large change in just three trades, just think about the difference it could make over a large string of trades and this is why I say it is important to bank as many full profit trades as possible when you are well into profit as possible.

Make sure you don’t believe all the trading myths that exist out there that are passed through from internet forum to internet forum. If you are starting to notice that you are making good trades in your trading journal, but are just not becoming consistently profitable, it may be time to look at changing a few things such as how you manage your trades and your risk reward profile because like the example with James shows above, a very minor change can turn exactly the same trades from losing to making money.

If you have enjoyed this article please leave a comment at the bottom of the page and let me know any similar experiences you have had with risk reward or anything else in this article. Also make sure you hit the like and share buttons to pass it on to other traders that may find the information contained helpful for their own trading.

Leave your comments and questions below;