Market Analysis – A False Break Out to the Upside Signals Where USDCHF Is Likely to Move.

USDCHF is likely to break out upward after a first false upside breakout. The market is due to decide the direction of movement after several weeks of tapering movement. The 0.91300 key level has been playing a very significant role in directing the movement of price within the triangle. It has alternatively been acting as resistance and support. It is very likely to also have a very decisive role to play in pushing the market upward or downward. 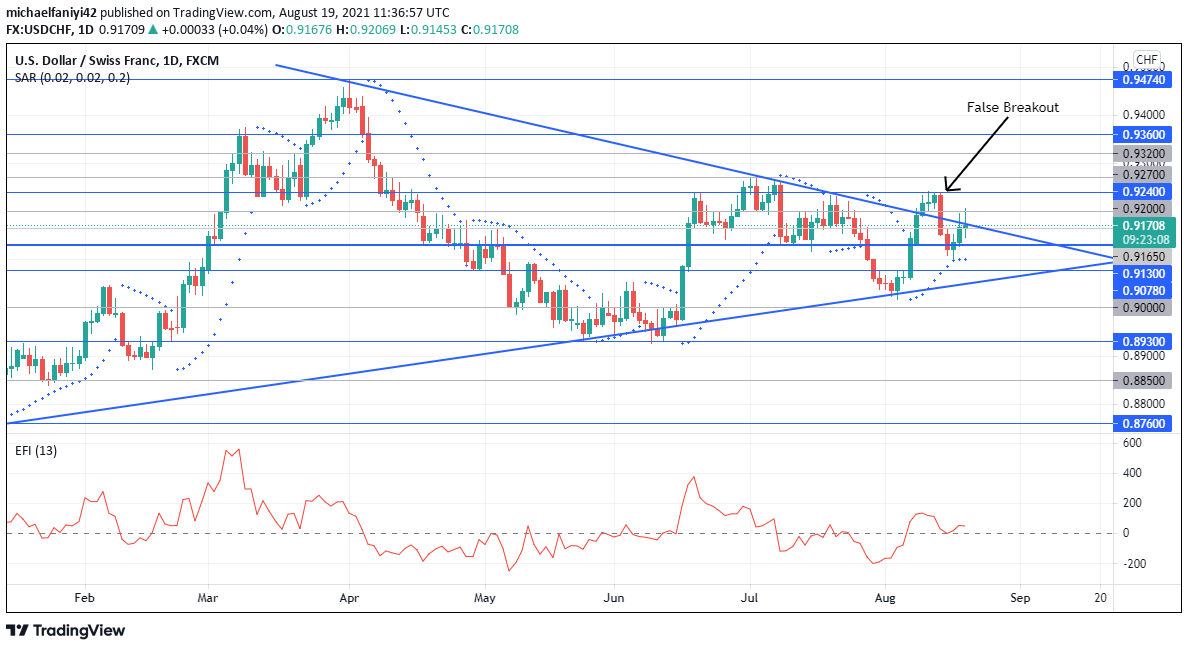 The 0.91300 price level has been more biased in favor of the buyers. When USDCHF dropped in price on the 19th of April, it was reluctant to let the market sink and kept it hostage for 7 trading days before price dropped below it. Also, when the market climbed upwards of the key level on the 17th of June, it turned into support for the market and ensured it didn't trade to its downside for the next six weeks.

The next time USDCHF traded to the upside of the 0.91300 key level was on the 6th of August this month. It supported the bullish action of the market and pushed it to break out of the triangle, rather prematurely. Price failed at 0.92400 and dropped back into the triangle. 0.91300 ensures the market doesn't drop further than it. USDCHF is now well placed for a proper breakout to the upside courtesy of 0.91300 as support. The Parabolic SAR (Stop and Reverse) confirms the bullish intent of the market with several dots under the daily candles. 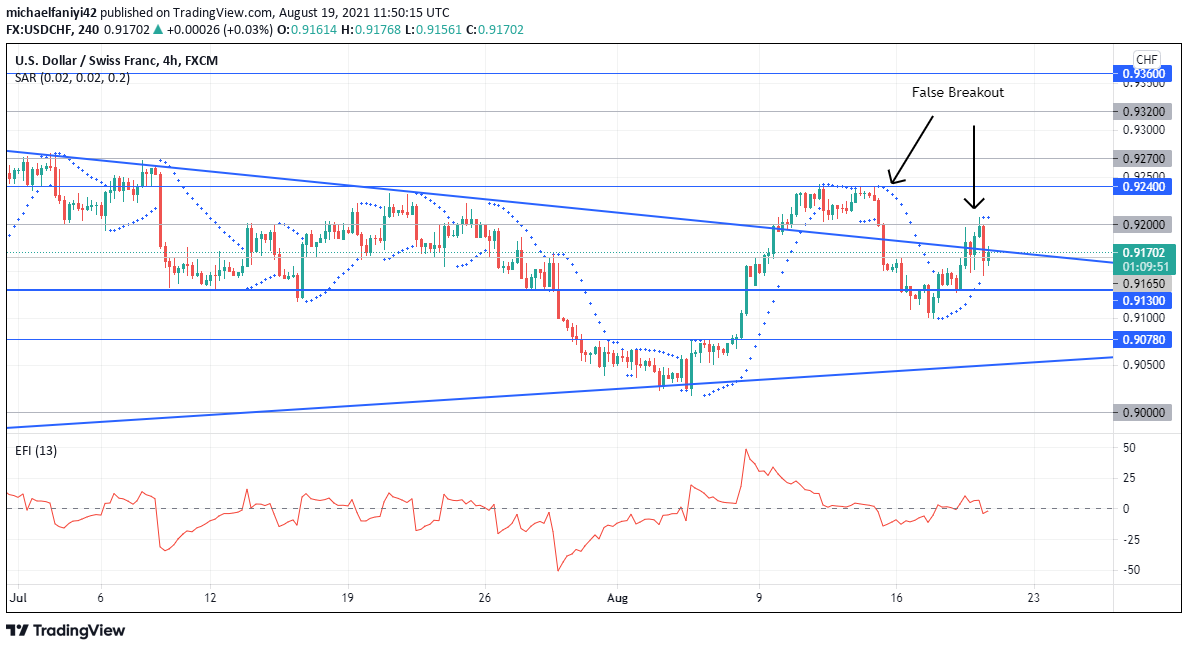 On the 4-hour chart, there was another false breakout that bounced off the 0.91300 support. The 0.92000 resistance knocked the market back into the triangle pattern, but price didn't fall back to 0.91300 but found higher support at 0.91650. The fall from the new false breakout plummeted the bullish momentum of the market, as shown by the Elders Force Index, but price is strengthening itself again.

After much pushing from the support levels, USDCHF might be finally ready to break out upwards of the triangle with 0.93600 the first likely destination.

View all posts by Johnathon Fox →
Previous Post: « EUR/GBP Looks To Trade Higher!
Next Post: USD/CAD Breaks Above Level 1.2800 as It Reaches the Overbought Region »