USDJPY trade continues in its bullish momentum and may breakout the upper resistance area.
Trend reversal might likely occur due to the formation of an inverted hammer.

USDJPY Weekly Price Analysis – December 24
Should the bulls increase their momentum, the resistance level at $115.119 may be retested. 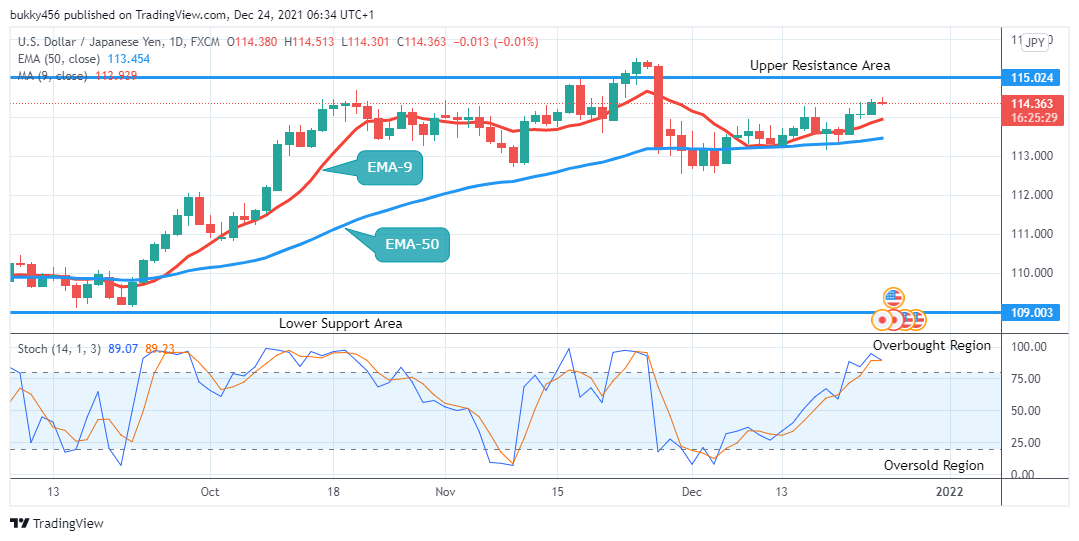 The currency pair is in an uptrend in its long-term outlook. The impulsive move by the bulls at $114.417 in the resistance area during yesterday’s session sustained the bullish momentum.

The daily chart opens today at $114.380 in the support area with the formation of a bearish inverted pin bar which implies a trend reversal might occur in the future.

Pressure from the sellers further drops the price of the Yen down to $114.363 in the support area.

The price of USDJPY is initially down at $114.301 in the support area which is above the two EMAs, this suggests that the momentum in the price of the Yen is in an uptrend.

Hence, the stochastic oscillator signal pointing down at around level 88% in the overbought region indicates that the momentum in the price of USDJPY might likely experience a trend reversal in the days ahead and in this case a downtrend, in the long term. This may compel more sellers to emerge. 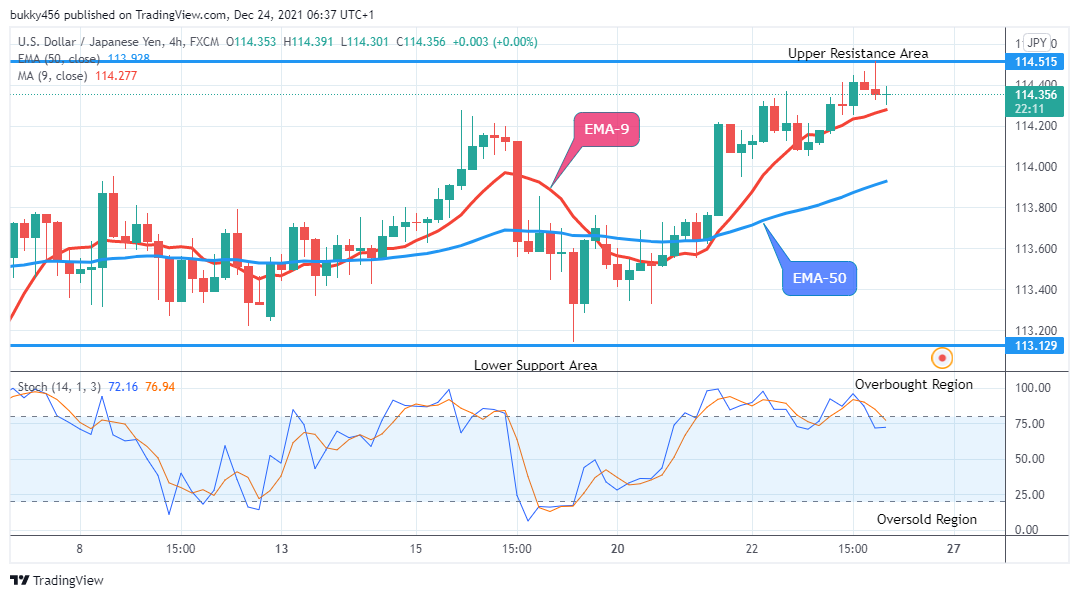 USDJPY is now finding its way up as the bulls gradually stage a return to the market.

A bullish doji candle at $114.353 opens today’s 4-hourly chart in the resistance area, this signals a trend reversal.

The price of USDJPY is initially up at $114.397 in the support area above the two EMAs, an indication of an uptrend in the strength of the market.

However, the stochastic signal pointing upwards at around level 79% in the overbought region suggests that the currency pair may remain in the same direction sooner or in the days ahead in the medium-term.

View all posts by Johnathon Fox →
Previous Post: « EUR/JPY Rebounds Above Level 127.00, Attempts To Reach Level 131.78
Next Post: USD/CAD Is in a Sideways Move, Declines After A False Breakout »