There is almost nothing in the Forex market that can create as much volatility and explosive price movement as the non-farm payroll announcement.

Whilst price often dawdles and does nothing exciting leading into the announcement, come the release time it is not unusual to see price explode through key support or resistance levels.

The charts below are of the GBPUSD and AUDUSD 5 minute charts and how price was affected after the NFP Forex release. 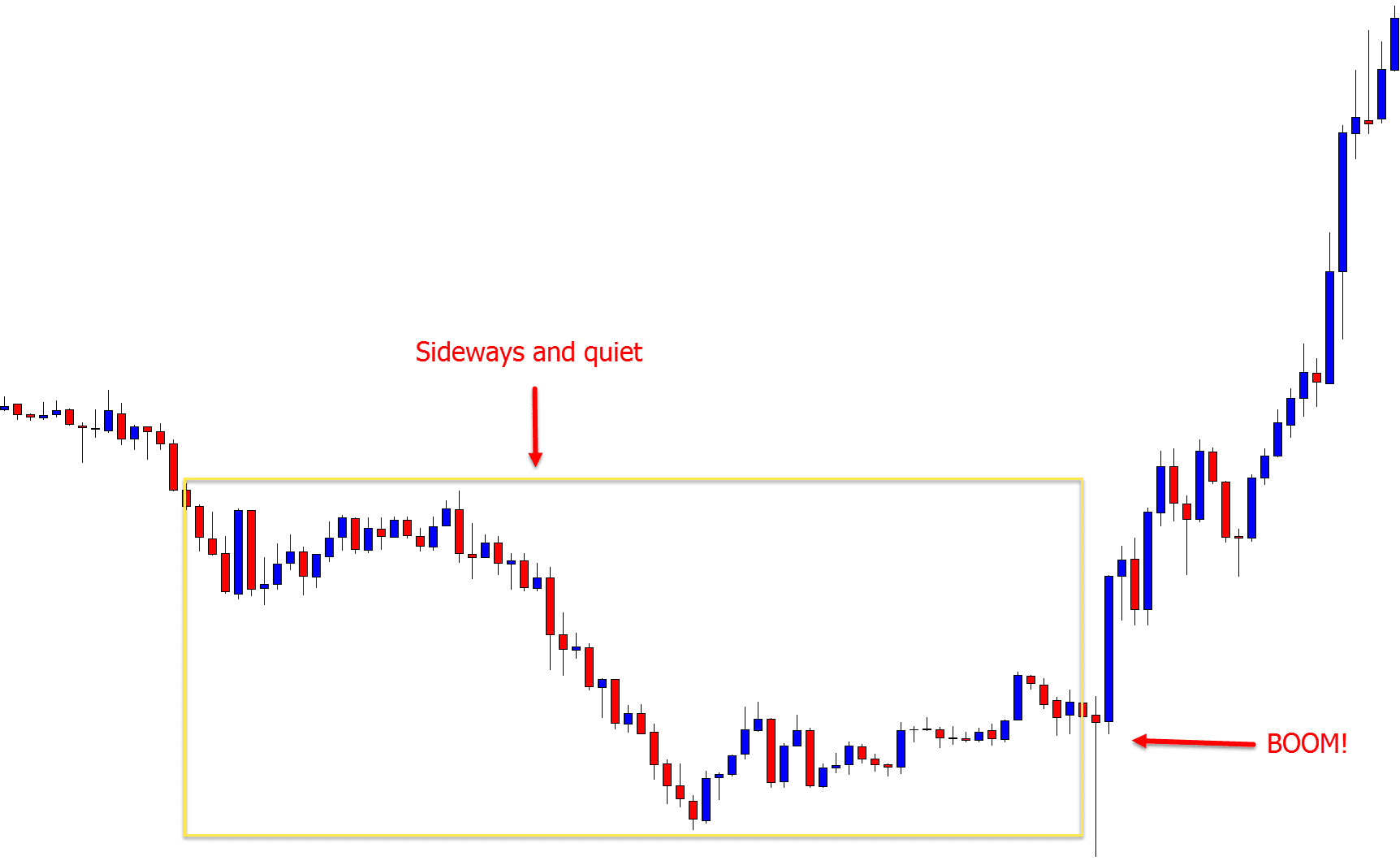 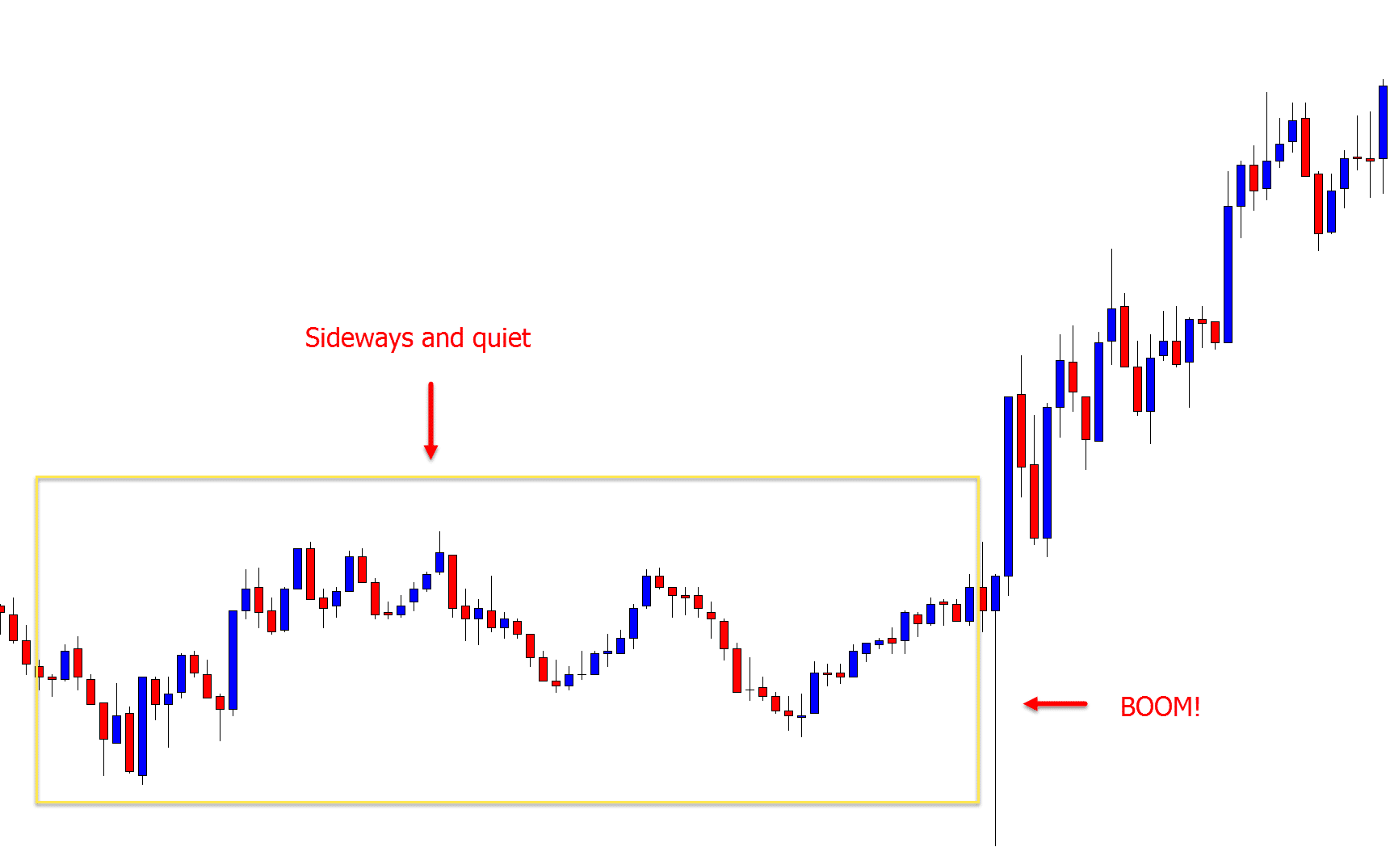 You will note that leading into the announcement price is relatively quiet and is moving sideways and ranging as people watch and wait and then it explodes.

A lot of traders love the NFP because it is at the end of the week, affects the biggest USD pairs, is hotly anticipated and can create huge moves. When it is released the market can make you a very big winner (or loser) in a very short amount of time.

Whether you should trade it or not, is what we are going to look at today.

What is the Non-farm Payroll? NFP Forex Meaning

Non-farm payroll or NFP is a report to gauge the economic health of the US by looking at the employment of non-farm, private household, military and not for profit organisations.

There are other important pieces of data that are released with the non-farm payroll report including the overall unemployment rate, detail on each sector, average hourly earnings and updates to previous releases.

What Currency Pairs are Most Affected by NFP?

Because the NFP is a US employment report, the major currency pairs affected by the release are all of the pairs that include the US Dollar.

These are pairs such as; EURUSD, GBPUSD, USDJPY and AUDUSD.

Increases in volatility can often be seen in other pairs and markets when the NFP report is released and is something you should keep in mind. With the world becoming a more connected place, larger shock waves are often felt in many places.

Why Should You Care About the Non-farm Payroll?

The boring reason is; the non-farm payroll gives traders the unemployment statistics of workers in construction, goods and manufacturing companies, and not farm or private household related work.

This report is shown each month through an overall unemployment rate and is crucial for a lot of economists.

Why should you really care? Really you should care because before the NFP is released the market can be as quiet as a church mouse, but often as soon as it is released it will explode into extreme volatility.

Non-farm payrolls are nearly always (with a few exceptions) reported on the first Friday of the month.

These reports are released at 8:30 a.m US time, but you can track exactly when the next NFP is released by checking the bureau of labor statistics site.

Dailyfx and Forex Factory also have an up to the minute calendar where they track and release the NFP information and you can use the Dailyfx economic calendar to know when the next release is due.

Should You Trade the Non-farm Payroll – NFP?

First of all; I personally do not trade the Non-farm Payroll and I do not trade at all the day it is being released.

The main reasons for this is that the market is often incredibly slow leading into the announcement with price often not doing a whole heap. Then, when the announcement is released price can explode.

What will often surprise traders is that price will regularly not go in the expected direction come the release time. This is often because the announcement has already been factored into the current price and expectations, making it that much harder.

Price will also often spike in one direction before quickly snapping and breaking hard in the other effectively false breaking out a huge proportion of traders who were looking to play the breakout when the news occurs.

Look at the chart example from above that I have attached below again; you will note that price quickly breaks lower, before snapping hard back the other way stopping out all the traders who went short looking for a breakout.

I do not trade or follow the news, but I do know when the NFP is being released (nearly always the first Friday of the month) and I simply avoid it.

It fits in nicely because it is the end of the week and it is easy to just take the last day of the week off.

The are other reasons why even though on paper there are incredible moves taking place, it is not as easy to make trades and profits as what it may look.

When price is being so heavily traded and moving at such incredible speed, the spreads that you will be offered will blow out. You also have to be incredibly quick at either entering or closing out your trades to minimise a loss or maximise a gain.

Knowing when NOT to trade is just as, if not more important than knowing when to trade.

Knowing the best times to take a break and sit it out can save you both large losing trades and a lot of time.

If you are going to trade around the NFP be prepared for extreme volatility. Make sure you know exactly what your plan is going into the announcement and what you are going to do in all scenarios. You will not have time to mess about.

Please leave your comments and questions in comments section below;